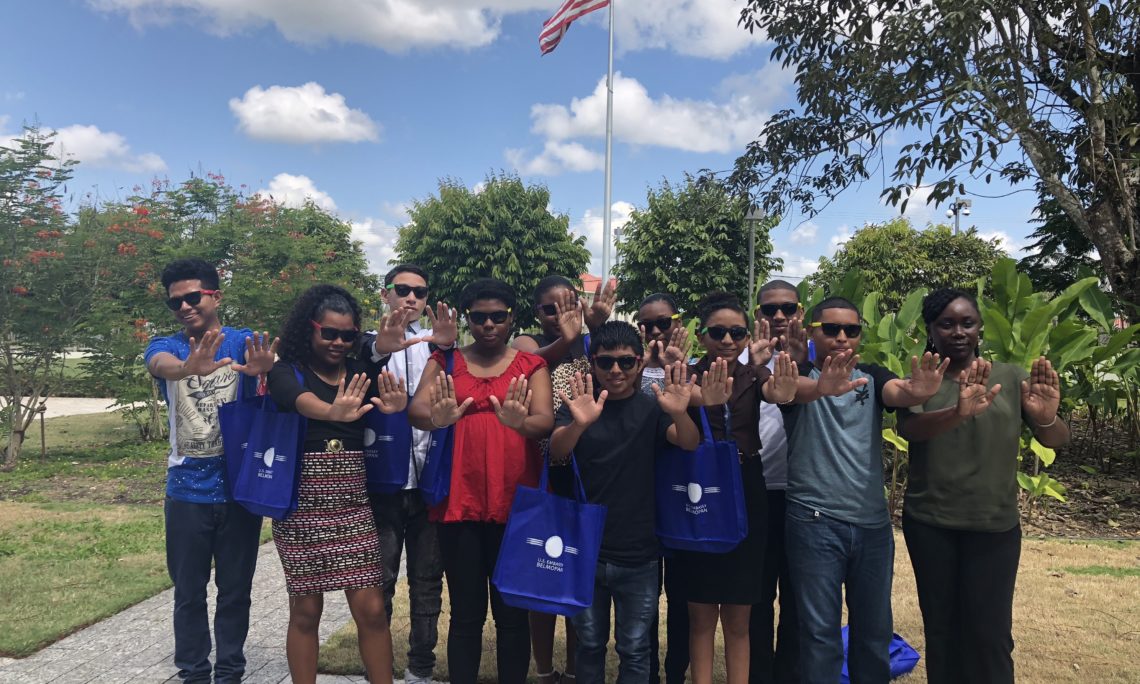 The Public Affairs Section conducted a pre-departure briefing for nine students and one mentor before they participate on the 2018 Youth Ambassadors Program. The Youth Ambassadors Program is a U.S. Department of State youth exchange designed to strengthen the leadership skills of young people from Central America and the United States. This multi-national exchange also builds bonds of friendship and understanding between people of Central America, the Dominican Republic, and people of the United States. The  Georgetown CIED-designed the Youth Ambassadors program offers talented youth (ages 15-18 ) from Belize, Costa Rica, the Dominican Republic, El Salvador, Guatemala, Honduras, Nicaragua, and Panama the opportunity travel to the United States to develop their leadership skills and expand their knowledge of U.S. culture and society. A similar exchange to Central America is offered to U.S. youth.

During the three-week exchanges, students participate in activities focused on community development, environment, and entrepreneurship. The experience not only enhances their skills and knowledge but also prepares them for a lifetime of leadership and community service. The program agenda includes ample time for face-to-face interaction and dialogue which build strong people-to-people connections between U.S. citizens and Central Americans. Following the exchange programs, CIED provides support to alumni and seed funding for small community projects. The Youth Ambassadors Program is sponsored by the U.S Department of State – Bureau of Education and Cultural Affairs. Georgetown CIED has administered this initiative since 2010. A total of sixty two Belizean students have participated in the the program since 2010.  The program started in 2010 under the grantee Youth Business Trust and in 2011 was granted to Belize Family Life Association.

During the pre-depature briefing Public Affairs staff discussed  what to expect while traveling,  necessary documents, attire, U.S. culture and other important information. The group also met with Chargѐ d’ Affaires  Deborah Lingwood that reiterated the importance of being a leader. The program demonstrates the U.S. interest and support for youth in Belize to learn about and advocate in support of key USG goals such as democracy and good governance.