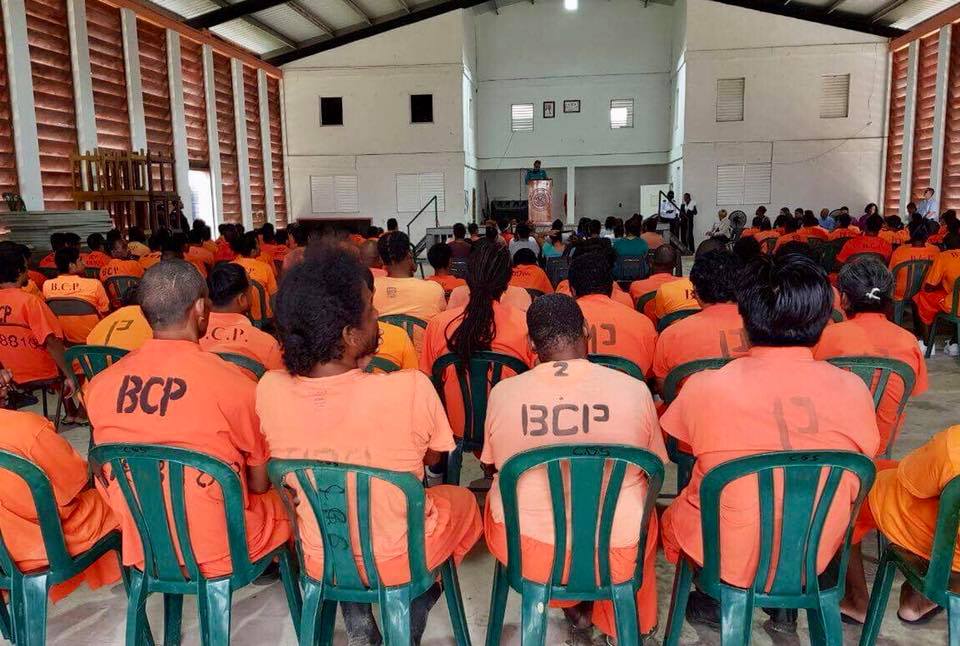 To commemorate Women’s Month, on March 15, the Embassy held a motivational outreach with inmates at the Belize Central Prison. We engaged perpetrators of crime and violence to help self-identify the root causes of violent behavior and to share the resources available for rehabilitation, stressing the importance of support networks. Chargé d ’Affaires Adrienne Galanek spoke about the U.S. Government’s assistance to the Government and people of Belize through the Central American Regional Security Initiative (CARSI). Guest speakers Ms. Dianne Finnegan & Mr. Emil Pulido delivered motivational speeches. Belizean singer Shans Moir shared an inspirational song. The Embassy thanks Mr. Virgilio Murillo and his team for the partnership and hopes that programs focused on motivation and rehabilitation will become part of the holistic approach and ongoing programs by the local government and NGOs.