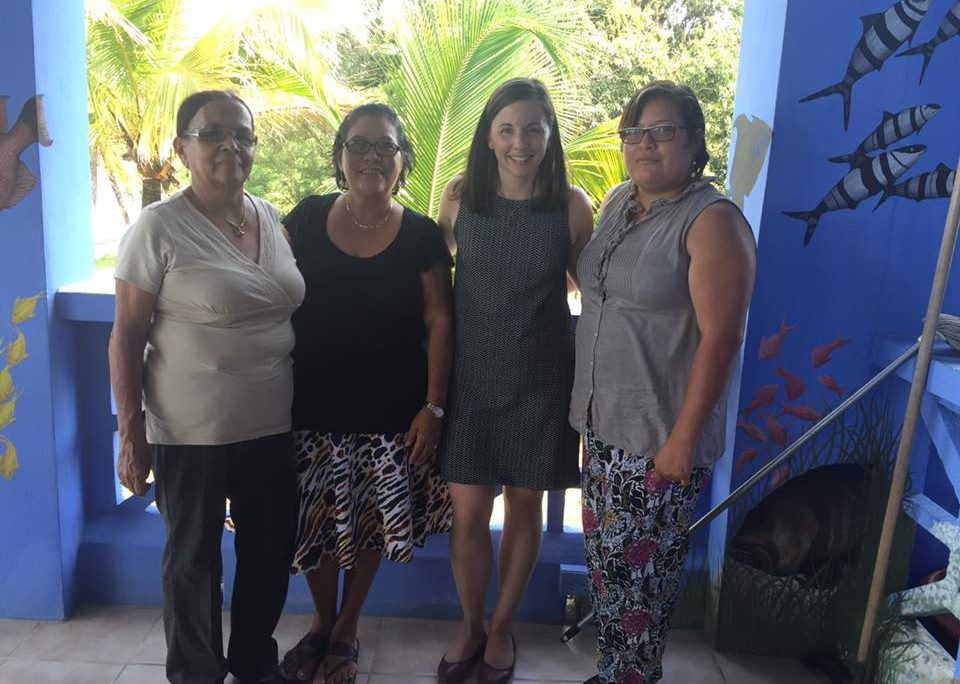 Dr. Dittmar participated in the National Women’s Commission Conference, as well as other events in three of Belize’s six districts during the week in Belize.  Using effective examples and experience from the United States with regard to gender and politics, Dr. Dittmar promoted and encouraged women’s participation in politics in Belize.  In total, Dr. Dittmar took part in three round table discussions with women leaders in Belmopan, Punta Gorda and San Ignacio; two live television morning show appearances broadcast throughout the country; a public forum in Belize City; three presentations to over 200 students at University of Belize campuses in Belmopan and Punta Gorda and an adult education program at Claver College in Punta Gorda; and a presentation to U.S. Embassy staff.  Dr. Dittmar also participated in a lunch hosted by the Chargé d’Affaires with Vice Ministers, Sweden’s Honorary Consul, and Government of Belize officials to advance women, peace and security issues.  Through each event, Dr. Dittmar drew upon her expertise to discuss common challenges and opportunities, as well as strategies and next steps to increase women’s political representation in Belize.

The program advanced all three of our Integrated Country Strategy goals – citizen security, democratic development, and economic prosperity.  The program motivated and encouraged hundreds of women throughout the country to participate in politics and challenge political norms.