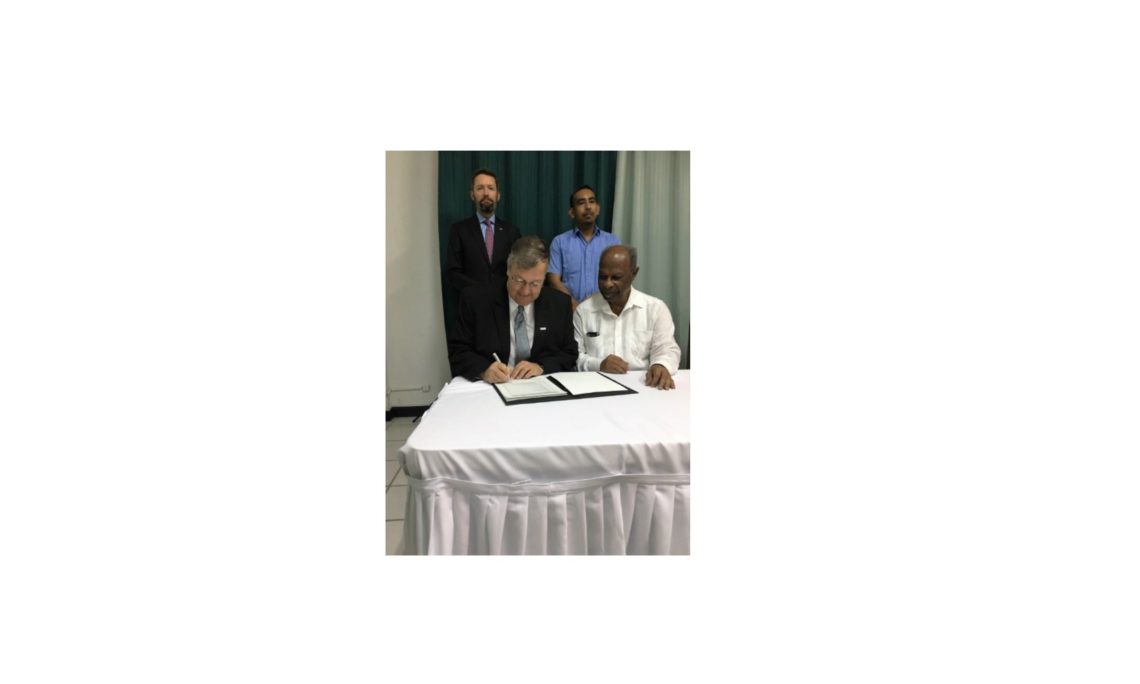 On December 3, the United States Government handed over approximately US $500,000 in equipment, including a state-of-art server; computer workstations; relevant software, and other equipment, to the Belize-based Caribbean Community Climate Change Center (5Cs). The information systems store and process climate related data and will be used by decision makers; government policy makers; members of the education fraternity, practitioners in the agriculture, tourism, and health sectors; and other key stakeholders in the region to develop more effective responses to natural disasters and extreme weather events.

This initiative is part of the U.S. Agency for International Development’s (USAID) three-year Climate Change Adaptation Project (CCAP) implemented in partnership with the 5Cs. Signed in July 2016, the goal of the project is to reduce the risks to human and natural assets resulting from climate vulnerability. One component of CCAP focuses on generating increased and improved climate data and information for use by decision makers. The CCAP project has also been building out a network of all-weather stations and coral reef early warning stations throughout the region. The improved network of equipment will assist countries in forecasting and planning for weather events by generating climate data for both land and marine environments that will be stored on the equipment housed at the 5Cs.

Speaking at the event, the United States Embassy Chargé d’Affaires, a.i., Keith Gilges, expressed that “the event, which of course focuses on the Caribbean, is a product of the long partnership between the United States and the Caribbean region.  It shows our sustained commitment to bolstering the region’s ability to reduce the risks that people face as a result of climate change vulnerability.”

The CCAP is implemented across ten countries in the Eastern and Southern Caribbean. The countries are St. Kitts and Nevis; Antigua and Barbuda; Dominica; St. Lucia; Grenada; St. Vincent and the Grenadines; Barbados; Trinidad and Tobago; Guyana; and Suriname.