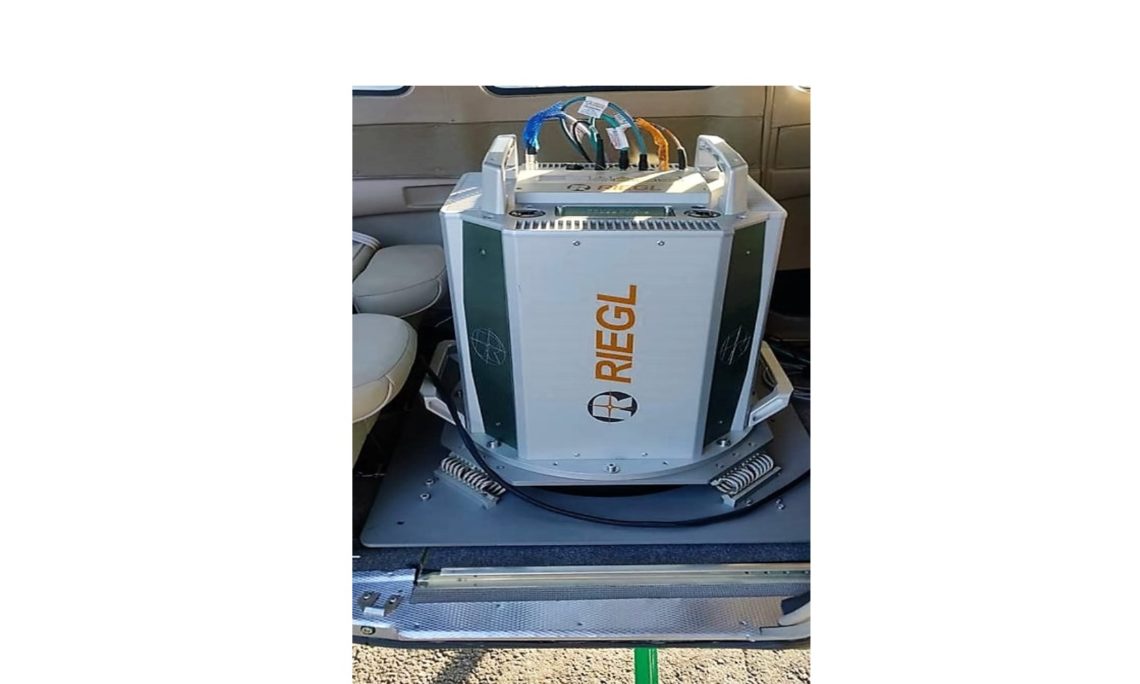 In keeping with efforts to strengthen the region’s capacity to mitigate the impact of natural disasters, the United States Government delivered a US $2 million Light Detection and Ranging (LIDAR) System to the Caribbean Community Climate Change Centre (5Cs) for use throughout the Eastern and Southern Caribbean. This initiative is part of the U.S. Agency for International Development’s (USAID) three-year Climate Change Adaptation Project (CCAP) implemented in partnership with the Belize-based organization.

Mission Director for the U.S. Agency for International Development (USAID) Eastern and Southern Caribbean, Christopher Cushing, formally handed over the equipment to the Executive Director of the 5Cs, Dr. Kenrick Leslie, during a brief ceremony at the Sir Barry Bowen Municipal Airport in Belize. He told the gathering that with the LIDAR system, countries in the Eastern and Southern Caribbean would be better equipped to observe conditions and changes on land and in coastal areas before and after natural disasters; and by extension, key decision makers would be better able to identify vulnerabilities and take measures to protect assets.

“We are extremely pleased to handover a Light Detection and Ranging system, or LIDAR system, to the 5Cs for use in the Eastern and Southern Caribbean and ultimately to benefit the wider region. I also want to highlight the significant resources leveraged by key stakeholders to support start up operational costs. This includes the Caribbean Development Bank ($1.5 million), the Government of Italy ($600,000), and last, but by no means least, the 5Cs, which is contributing $700,000 of its own resources to assist in the roll out of operations. We also recognize and applaud the partnership developed between the 5Cs and Maya Island Air – necessary to support the wider Caribbean region through its air services. This partnership is in keeping with USAID’s efforts to promote public/private partnerships, and represents a significant demonstration of collaboration to work towards a common objective for the region. We expect that it will serve as a model for others to follow,” Mr. Cushing explained.

“We are highly optimistic about the benefit and potential success of LIDAR and understand that countries are already been lining up to buy services from the 5Cs. This certainly augurs well, as it demonstrates the region’s efforts to become more self-reliant. Self-reliance – a country’s ability to plan, finance and implement solutions to its own development challenges – is among USAID’s core values and remains central to our partnership with the 5Cs under the CCAP program, as well as to all of our development assistance programs across the Caribbean,” he added.