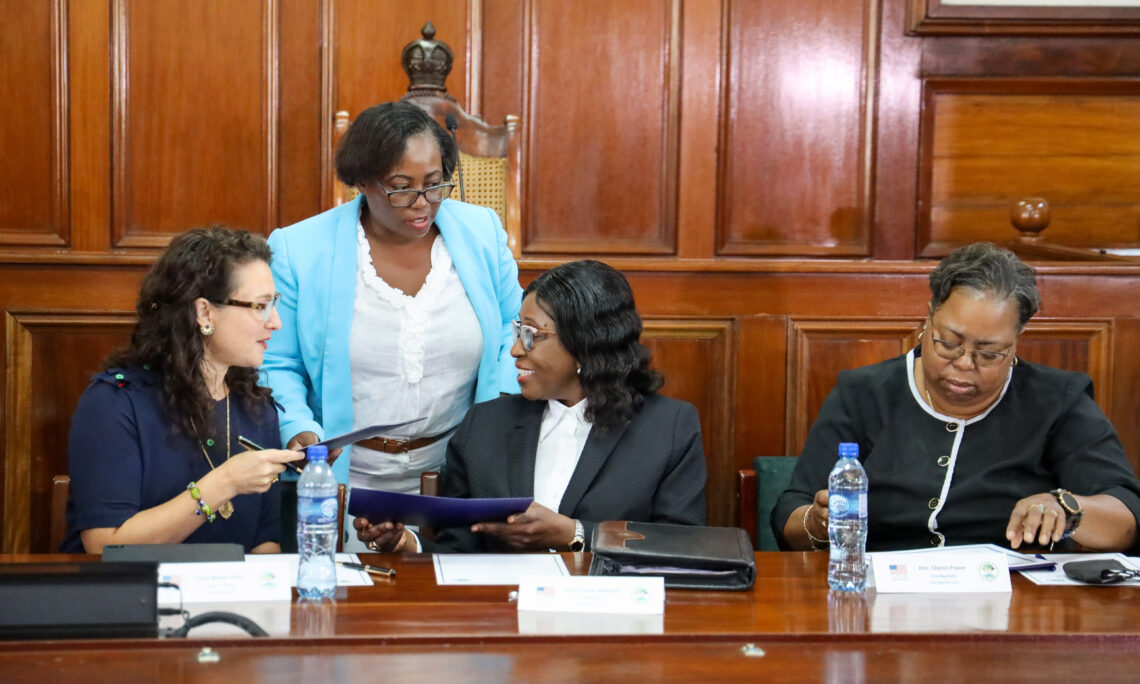 Belize City – As part of ongoing U.S. support for Belize’s judicial reform efforts, the U.S. Embassy today donated office and computer equipment to the judiciary to aid in creating enhanced efficiencies in processing court cases. This donation, valued at over US $280,000, is part of a broader U.S. government-sponsored Backlog Reduction Program, which also supports legislative reform and the establishment of a digital case management system. Since the program’s inception six months ago, our partnership has resulted in a 42 percent reduction in the court case backlog.

Belize and the United States share a common objective to improve both access to justice and swift justice. Fundamental to a strong and healthy democracy is respect for human rights and the rule of law. This latest U.S. government donation will be used to facilitate the digitalization and movement of court records and expand virtual court services, helping to remove barriers to the timely resolution of cases. U.S. Embassy Chargé d’Affaires, a.i. Leyla Moses-Ones noted, “The focus of this year’s U.S.-funded justice sector support to Belize is on reducing the criminal case backlog and improving efficiencies through streamlining court processes with digital technologies. Today’s donation represents an investment not only in the courts, but in enabling swift justice for Belizean citizens.”

Chief Justice Her Ladyship Hon. Louise Blenman underscored, “In order for the criminal justice system to be strengthened, it is imperative to have technological improvements. The judiciary is therefore grateful to the Embassy for so generously donating very costly equipment to the court which is coming to us at the perfect time and will serve to enhance the delivery of criminal justice to the people of Belize.”

Since 2016, the U.S. Embassy has partnered with the Belize judiciary on legislative reform, the establishment of an adjournment policy, case management improvement, capacity training, and four pilot courts specially created to reduce the backlog. Upon the continued invitation from the Government of Belize, the United States is committed to continuing support for rule of law and citizen security.