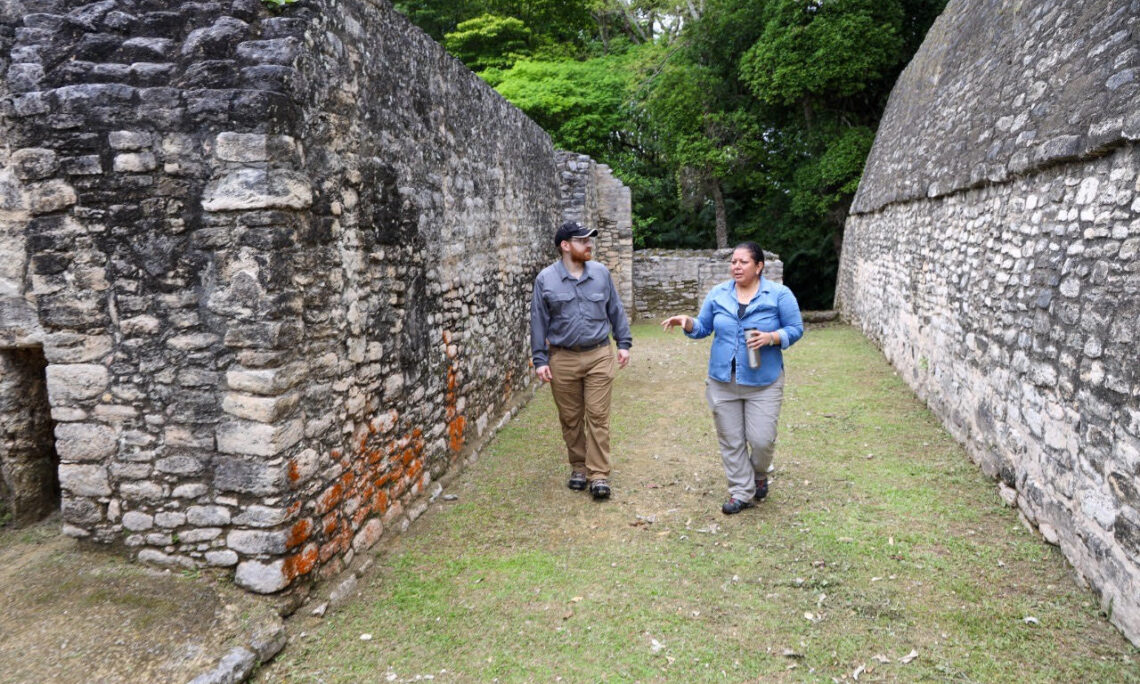 Belmopan – As part of the renewal process for the Cultural Property Agreement between the United States and Belize on the preservation of Belize’s cultural patrimony, Dr. Andrew Zonderman, from the U.S. Department of State’s Cultural Heritage Center, today concluded an eight-day visit to Belize to conduct research and hold consultations with government stakeholders. The Cultural Property Advisory Committee, a White House appointed body, will review his findings and reports submitted by the Government of Belize as part of their counsel to Assistant Secretary of State for Educational and Cultural Affairs Lee Satterfield as she makes a final determination.

The Cultural Property Agreement, last extended in 2018, strengthens the strong cooperation between both countries to protect and maintain Belizean cultural artifacts from looting, theft, and trafficking. Over the past decade, the United States has funded projects to facilitate the cultural resource management of Belizean patrimony and prevent the illegal sale and export of archaeological objects. Together, Belize and the United States have restored and preserved the Lamanai, Santa Rita, and Benque Viejo del Carmen Reserve archaeological sites, which were made possible by the Cultural Property Agreement.

“Cultural property trafficking is an often-overlooked problem that extends across Central America that robs nations of their priceless cultural heritage for short-term economic gain by bad actors,” noted Chargé d’Affaires, a.i. Leyla Moses-Ones. “The United States is proud to work with Belize to protect its rich cultural heritage for future generations.”

During his visit to Belize, Dr. Zonderman conducted extensive consultations with Government of Belize officials, including the Ministry of Foreign Affairs, the Police Department, the Customs and Excise Department, and the Belize Tourism Board, and met with representatives at the National Institute of Culture and History and the Museum of Belize. Dr. Zonderman also viewed major exhibitions on display at the museum and visited historical structures in Belize City and Maya archaeological sites. Dr. Zonderman was joined by U.S. Embassy Belmopan Justice Sector Program Specialist Georgia Belezaire for a well-attended panel discussion about the U.S. federal grant process at Galen University.