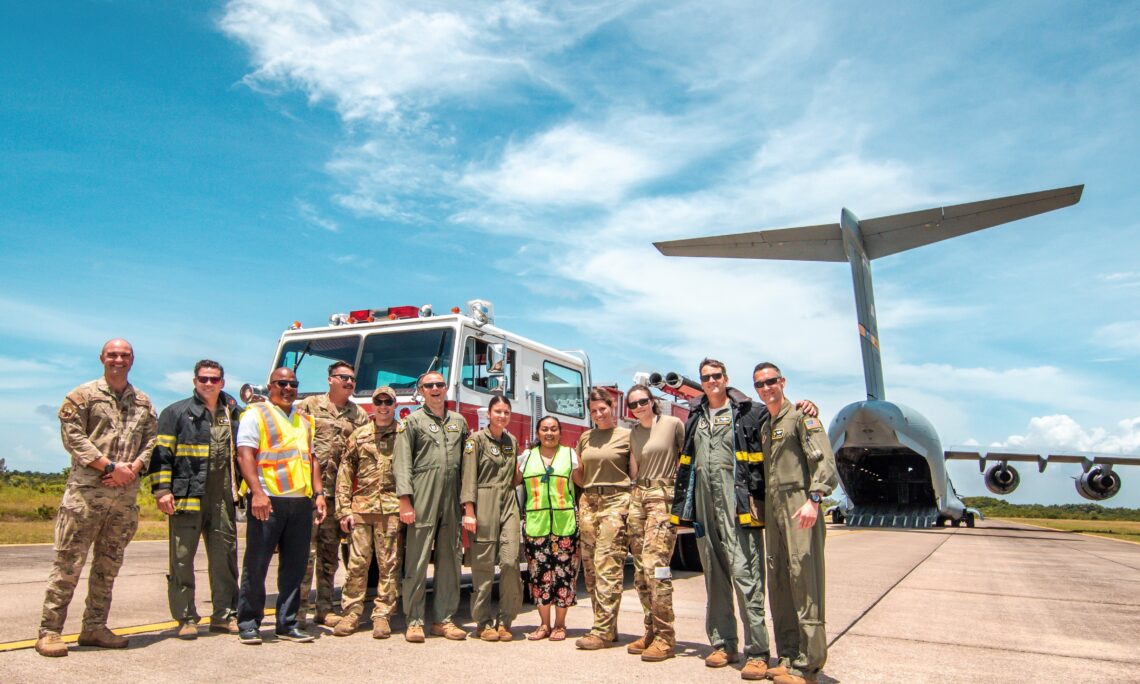 Belmopan – A U.S. Air Force C-17 delivered a firetruck to Belize today, a timely donation to serve the residents of Caye Caulker, who will benefit from the first firetruck on the northern part of the island. This is the first of two American military flights scheduled to transport emergency response vehicles to Belize this month, under the auspices of the Denton Humanitarian Assistance Program, a multi-agency effort between the U.S. Department of State, the U.S. Department of Defense, and the U.S. Agency for International Development.

The Denton Program affords U.S.-based non-governmental organizations cost-free transportation of humanitarian goods and cargo on U.S. military carriers to countries in need. The donation of this firetruck was spearheaded by the late Mr. James E. York III and the Beechworld Christian Church from Ohio, Columbus.

“We know the speed and capability of firefighters during an emergency can prevent and mitigate the loss of life, property, and natural resources,” said Chargé d’Affaires, a.i. Leyla Moses-Ones. “Thanks to the goodwill of the American people and the close cooperation between our two countries, this firetruck to the northern island of Caye Caulker will increase the Fire Department’s emergency readiness, benefitting more than 5,000 people.”

Since the launch of the Denton Humanitarian Assistance Program in 1987, the U.S. government has delivered tons of humanitarian aid to countries around the globe by air, sea, and land, including the transportation of firetrucks, ambulances, and medical equipment and supplies to Belize.