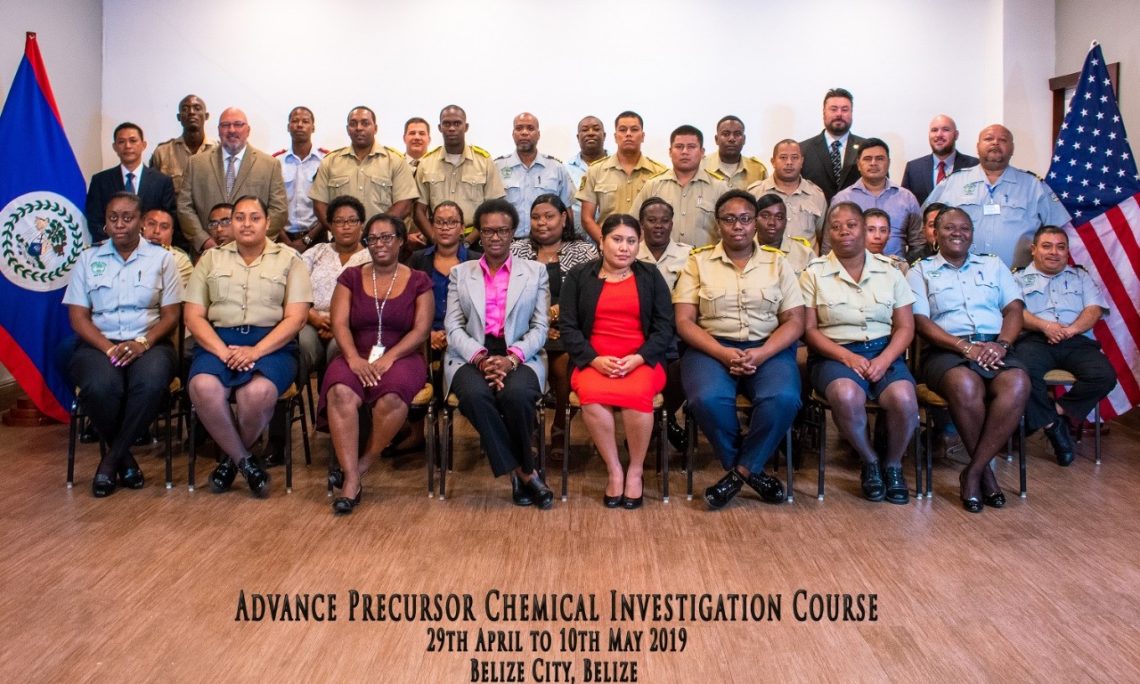 The clandestine manufacturing of illicit drugs using precursor chemicals is a growing global problem, and an extremely hazardous enterprise.  Although Belize has not dealt with clandestine laboratories, it has seen several synthetic drugs and a few precursor chemicals coming to its borders.  Consequently, in 2014, Belize formed the Belize Pharmaceuticals Task Force/Ad Hoc Committee, headed by the Ministry of Health.  The Chemical Diversion and Precursor Chemical Investigations Course will help ensure Belize has a team that is trained to safely handle, investigate, and destroy these drugs when encountered during operations.

Since 2008, the U.S. Embassy, through the Central America Regional Security Initiative (CARSI), has committed over US $42 million in assistance to Belize to promote good governance, increase economic prosperity, improve justice, and enhance citizen security.