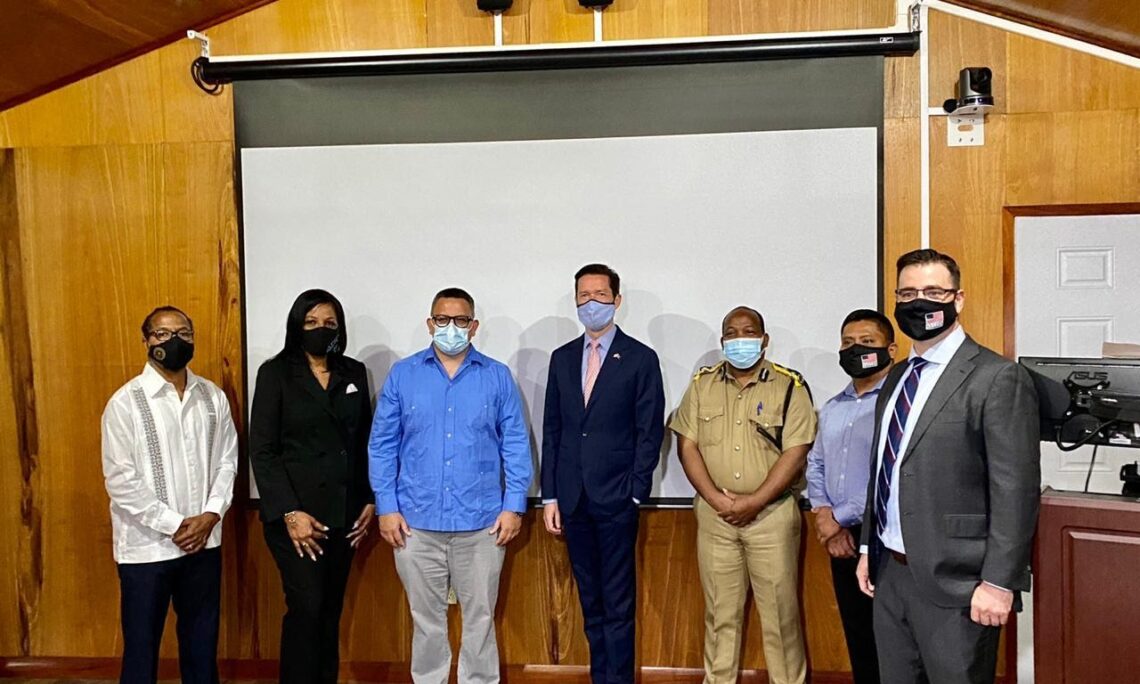 In his ceremony remarks, Chargé Gilges stated, “Through the cooperative efforts of the Belize Police Department and our International Narcotics and Law Enforcement team, we have developed a proposal to enhance in-service training for not only select groups within the department – but for all police officers across Belize.”

This initiative is part of a CARSI-supported in-service training project, in which the U.S. Embassy agreed to provide a Curriculum Development Advisor for three years and to procure and install two stationary podiums and one portable system.

A demonstration of the CBSI-Connect training platform was performed at the end of the ceremony.  One system is installed at the Police Training Academy while another system is installed at the Queen Street Police Station, Belize City.  A portable system is available for use by other police formations as needed. A total of six Police Officers were trained to operate the equipment during the week of November 23, 2020.