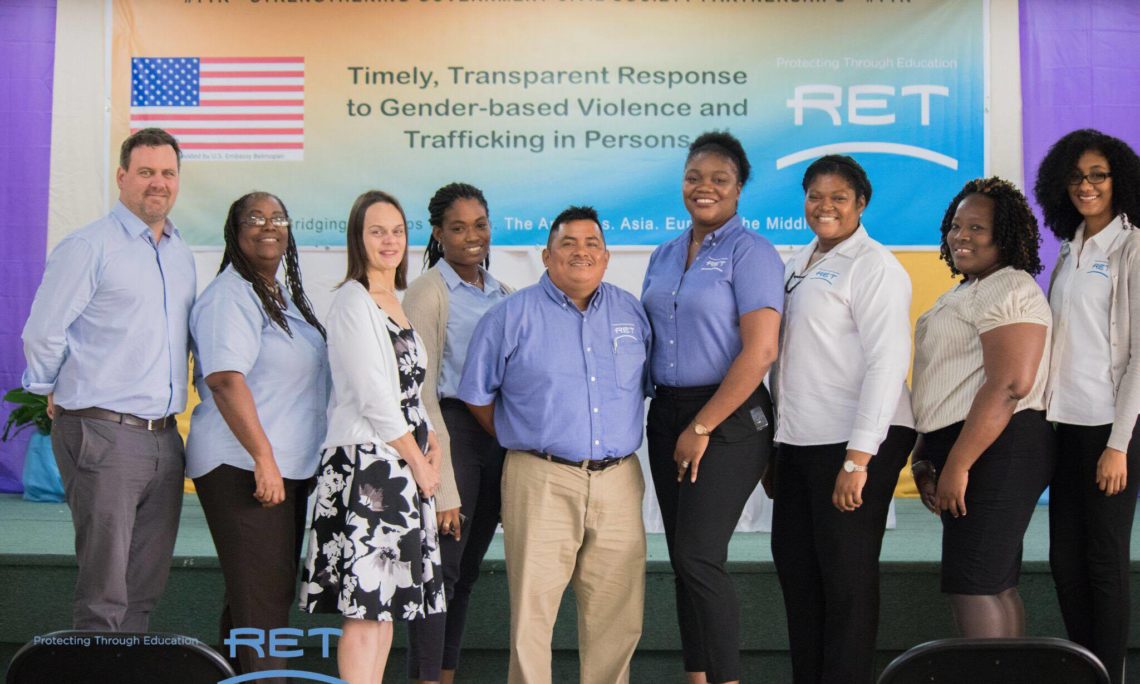 U.S. Chargé d’Affaires, a.i. Adrienne Galanek highlighted in her remarks the importance of partnership between civil society and government in combating the pervasive scourge of GBV.  Through this grant, RET International will support the implementation of Belize’s National Gender-based Action Plan and is partnering with the Women’s Commission, the Association of Justices of the Peace and Court Commissioners, and Productive Organization for Women in Action (POWA).  The project aims to strengthen official responses to violations; increase TIP and GBV awareness among community-justice providers; and establish an employers’ network to provide employment opportunities for victims.  The project will partner with six high-risk communities in the Stann Creek, Belize, and Cayo districts.

The U.S. Embassy is proud to partner with RET International and all our other partners to continue the conversation and work to address GBV and TIP well beyond the 16 Days of Activism against GBV.

Since 2008, the United States has contributed over US $42 million to advance citizen security, economic prosperity, and good governance in Belize through CARSI, including US $1.75 million in CARSI-ESF grants this year.