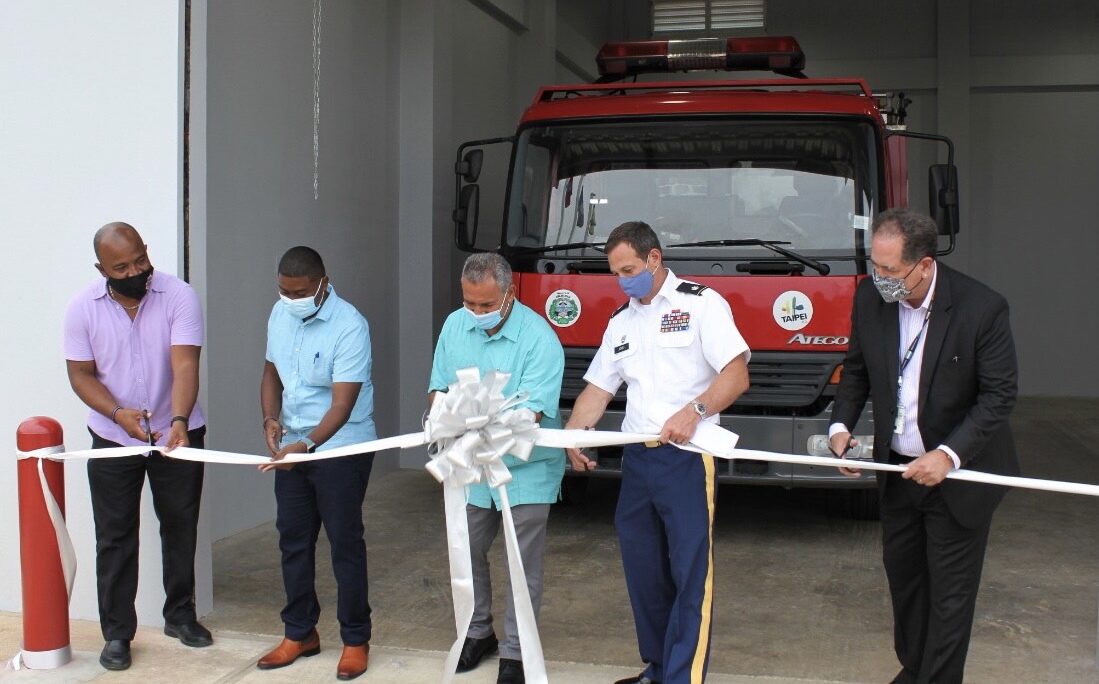 Belmopan – On May 21, U.S. Embassy Belmopan, in partnership with the U.S. Southern Command Humanitarian Assistance Program, handed over a newly constructed fire station to the National Fire Service of Belize in the capital city of Belmopan. The state-of-the-art building is valued at 1.7 million BZD and will serve as the centralized location for emergency service responders to dispatch support to 17,000 plus residents.

The fire station houses a garage space, sleeping quarters, a kitchen facility, a training room, and management offices. The donation also includes a backup generator and filling stations for water tanks. Lieutenant Colonel Jones noted that, “The functionality of the building, along with the included automation will reduce emergency response times throughout the city and increase the capacity of the Belmopan Fire Department.”

This handover is the culmination of three years of collaboration between the U.S. Southern Command, the Louisiana National Guard Corps, and the Ministry of Sustainable Development, Climate Change, and Disaster Risk Management. This project is one in a series of U.S. Government investments over the last year that has contributed to the enhancement of Belize’s emergency response infrastructure and capacity to expand emergency services to over 90,000 residents.