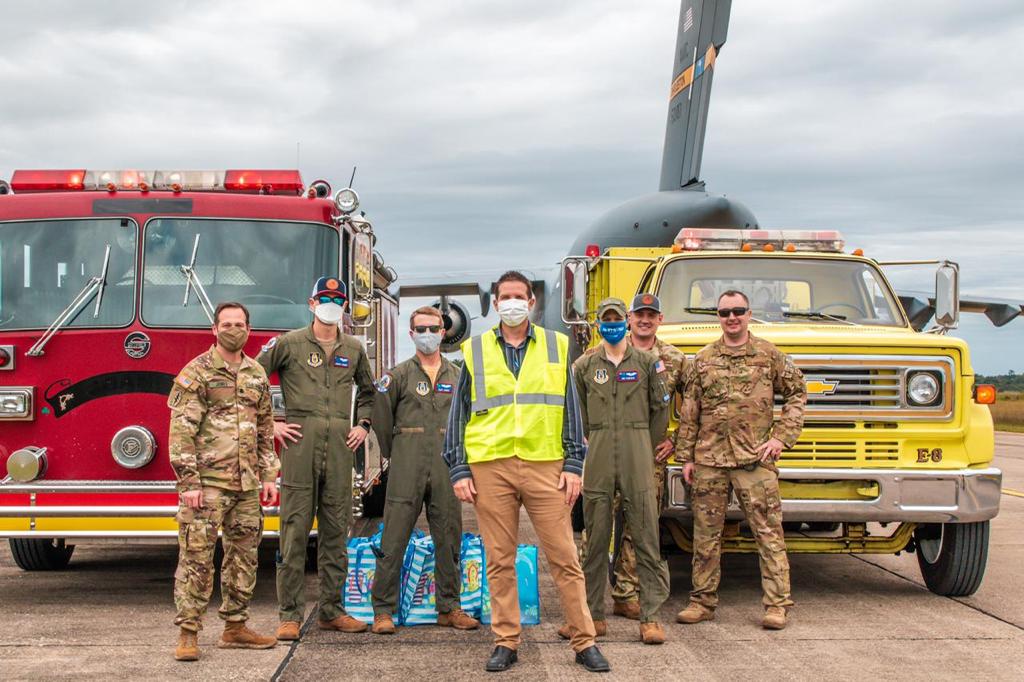 The U.S. Government delivered the fire truck through the Denton Humanitarian Aid program, a jointly administered program of USAID, the Department of State and the Department of Defense. This program was started more than 30 years ago to assist U.S. based non-governmental organizations with delivering humanitarian cargo to countries in need around the world. Since then, millions of pounds of cargo have been delivered by land, air, and sea. Lieutenant Colonel Ryan Jones noted that both the donation and the U.S. government delivery reflected the deep ties between the United States and Belize.

The fire trucks were delivered from the South Carolina towns of Joanna and Cross Hill. Placencia resident David Kafka, a former Mt. Pleasant, S.C. firefighter, became a member of the Placencia fire board and volunteer firefighter after moving to Belize. He posted a plea for assistance on Facebook, after seeing the need to reduce response time and increase capability in his new community. His social media post led to the donation from Joanna Volunteer Fire Department and Cross Hill Fire Department. The South Carolina fire departments worked with the Placencia Volunteer Fire Department, Rotary Club of Placencia and Sunrise and the Placencia Village Council to outfit the fire trucks and make repairs as needed.

One of the two fire trucks will be used to reduce response times for the 24-mile-long Placencia road, while the other will be used as a tender to increase water supply. The trucks come with equipment, foam, and bunker gear to increase their capacity to respond and fight fires.