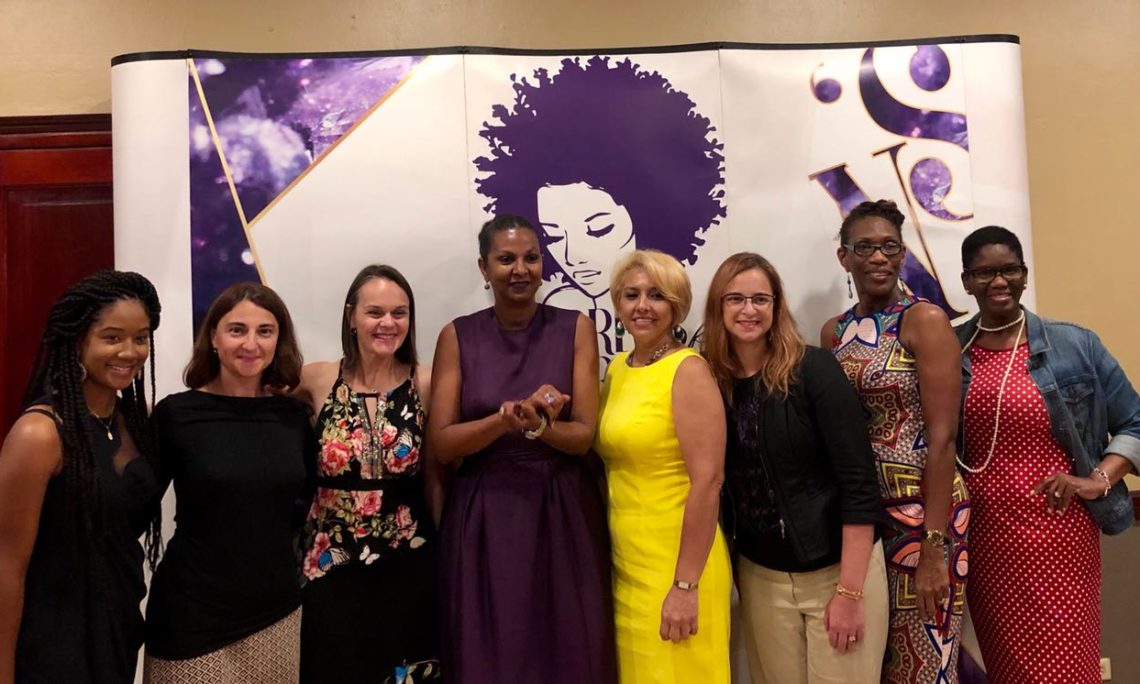 U.S. Embassy Belmopan recognized Staff Officer Rhea Rogers as the U.S. Department of State International Woman of Courage award nominee for Belize and Ms. Anna Silva as the Embassy’s Woman of the Year 2018.  Both awards were presented at the 13th Annual Outstanding Women’s Awards Ceremony hosted by the Office of the Special Envoy for Women and Children and the Women’s Department yesterday, March 28, 2018 at the Belize Western Plus Belize Biltmore Plaza Hotel.

The Secretary of State’s International Women of Courage Award annually recognizes women around the globe who have demonstrated exceptional courage and leadership in advocating for peace, justice, human rights, gender equality, and women’s empowerment, often at great personal risk.  Since the inception of this award in 2007, the Department of State has honored over 120 women from more than 65 different countries.  Staff Officer Rhea Rogers was chosen for her tireless advocacy for women’s full participation in Belize’s development and promoting equity and equality for Service Women in Belize.

The U.S. Embassy’s Woman of the Year award started in 2010 and celebrates the achievements of remarkable women and the causes to which they devote their lives.  We chose Ms. Anna Silva as this year’s Woman of the Year for her lifelong commitment to empower women and girls, inspiring accomplishments, and notable contributions to her community.

These awards represent part of a larger U.S. effort to promote gender equality and empower women and girls in the United States and abroad.  In his proclamation for Women’s History Month, President Donald J. Trump stated: “Women are leaders in a range of fields, from business and medicine to government and the arts.  And America is committed to create conditions that empower women to achieve even more.”