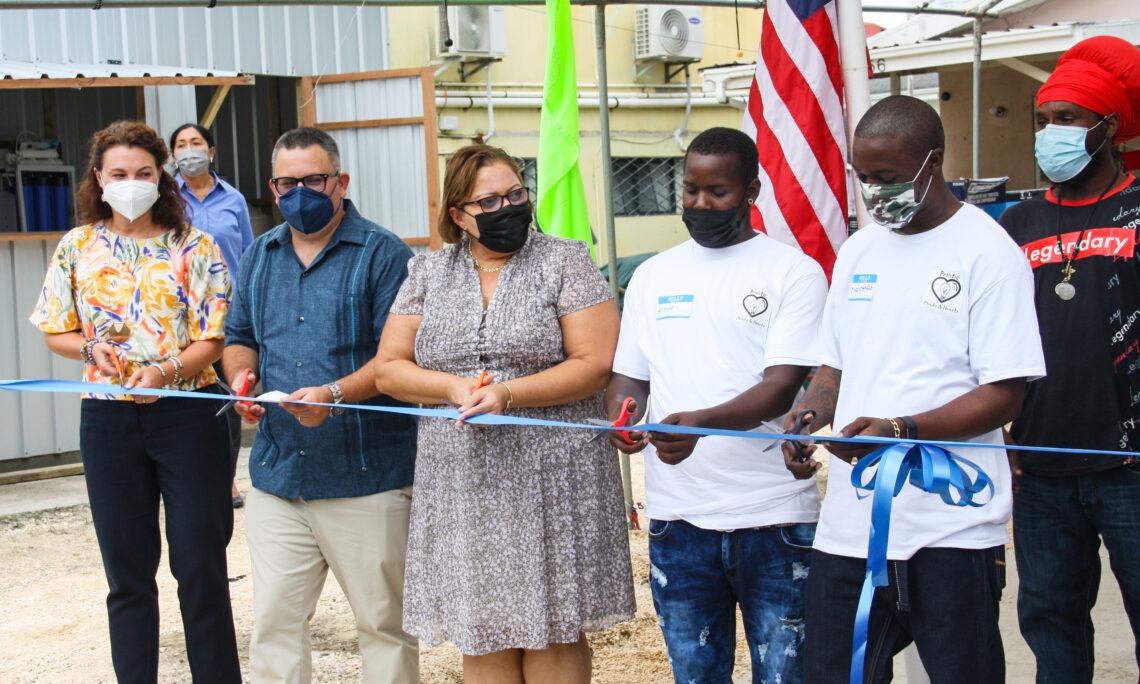 Belmopan – The fourth phase of U.S. Embassy Belmopan’s partnership in the Empowering Communities to Empower Themselves” (ECTET) initiative was launched today at the inauguration of a new resource hub in the Jump Street and Rocky Road areas of southside Belize City.  ECTET provides entrepreneurial training and business opportunities to former gang members in southside Belize City, while creating safer neighborhoods and stimulating economic growth in underserved communities.

ECTET is funded by the U.S. Embassy’s Office of Public Affairs and implemented through the Love Foundation and the Kolbe Foundation.  Through this new phase of ECTET, former gang members attended a three-day mediation retreat with the Kolbe Foundation and registered a new business in downtown Belize City.  The business, “Prolific Minds and Hearts,” will provide car detailing services and sell purified water at affordable rates for city residents.

U.S. Embassy Chargé d’Affaires, a.i. Leyla Moses-Ones emphasized, “One of the biggest challenges of leaving gang life behind is finding opportunities to make a living you can be proud of, one that contributes to your community and your country.  We are pleased to stand with Belize and our ECTET partners to provide individuals with that chance.  Our goal is to help former and rehabilitated gang members reintegrate into society, and in the process, create stronger, safer, and more prosperous communities, and ultimately, contribute to a stronger Belize.”

Since the ECTET program was initiated in October 2020, the U.S. Embassy has funded four community resource hubs in four high-crime neighborhoods in the southside of Belize City.