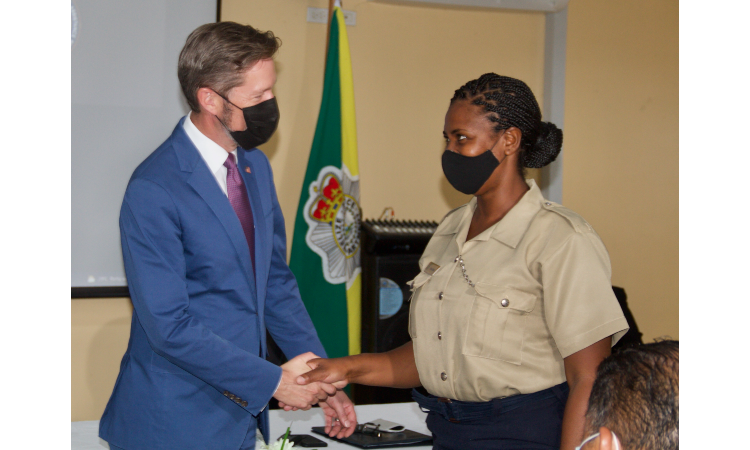 The two-week training supported by the Department of State’s Bureau of International Narcotics and Law Enforcement Affairs (INL) is the third phase of the Basic Investigation Training course, through which more than 80 Belizean investigators have been trained. The exercise will increase the investigative capacity of the department and better equip personnel to counter threats to citizen security. Thirty officers will be selected from among those who have completed the course and will undergo further training to serve as instructors and mentors for other investigators within the department. This initiative will support the Belizean government in its efforts to establish a special homicide unit to improve the department’s capability in investigating murder cases. A selection criteria and process for the recruitment of investigators will also be established, as well as the creation of a protocol for the proper management of crime scenes across government departments.

In his keynote address, Chargé Gilges affirmed, “It is the aim of the U.S. government to support Belize’s police department in redesigning systems, structures, and practices that will improve the quality of Belize’s law enforcement investigations over the long term.” He further added, “Improved practices for law enforcement investigations will increase the likelihood that offenders will be apprehended and successfully prosecuted, which is critical to reducing crime in Belize.” Commissioner Williams succinctly reiterated that sentiment, stating “Training improves efficiency.”