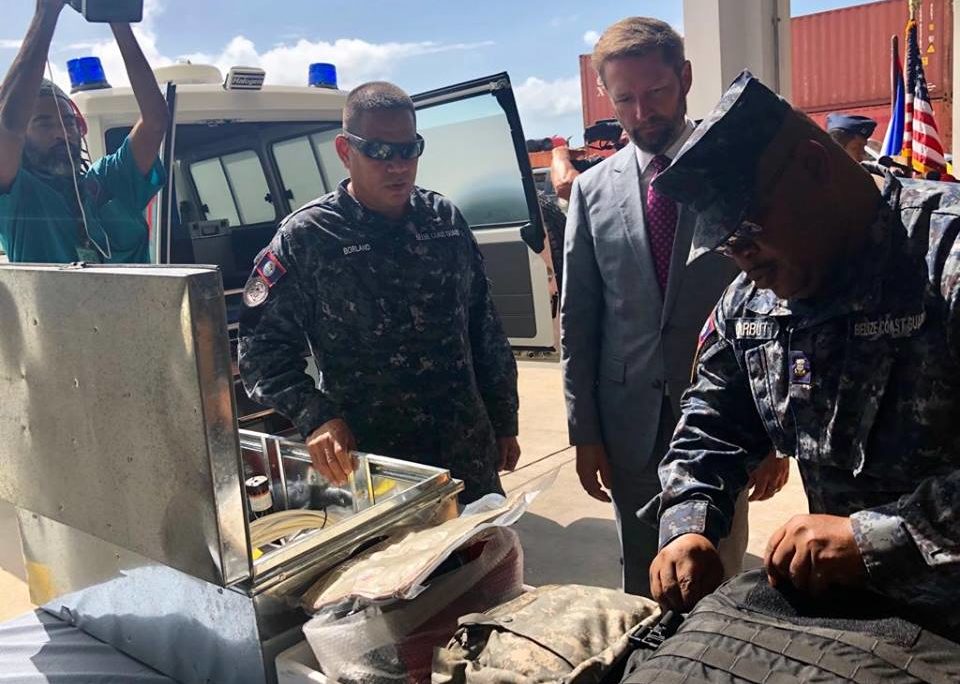 On February 12, Chargé d’Affaires a.i. Keith Gilges represented the United States Government as he handed over an ambulance, lifesaving medical equipment, and the two-year supply of parts and service equipment, valued nearly $128,000 BZD, to the Belize Coast Guard. Admiral Borland represented the Government and people of Belize, emphasizing the strong friendship between our countries. The handover is funded by the Department of State’s Foreign Military Financing (FMF) program. This donation aims to enhance the Coast Guard’s capacity to respond in a timely and comprehensive manner to emergencies along the coast and near its outposts.

The United States Southern Command’s Security Cooperation Office in Belize and the Ministry of National Security worked closely together to make this handover possible. The FMF program has been active in Belize for more than 35 years—a testament to the enduring partnership between the United States and Belize. Since the inception of the Belize Coast Guard in 2005, the United States Government has invested over $35 million BZD through this program. The program has facilitated the purchase of a wide range of equipment, such as boats, vehicles, and communications technology. It has also supported technical training events in diverse fields, including maintenance, operations management, and medical practices. This ongoing collaboration between the militaries of Belize and the United States showcases our two countries’ lasting commitment to security and prosperity in the region.