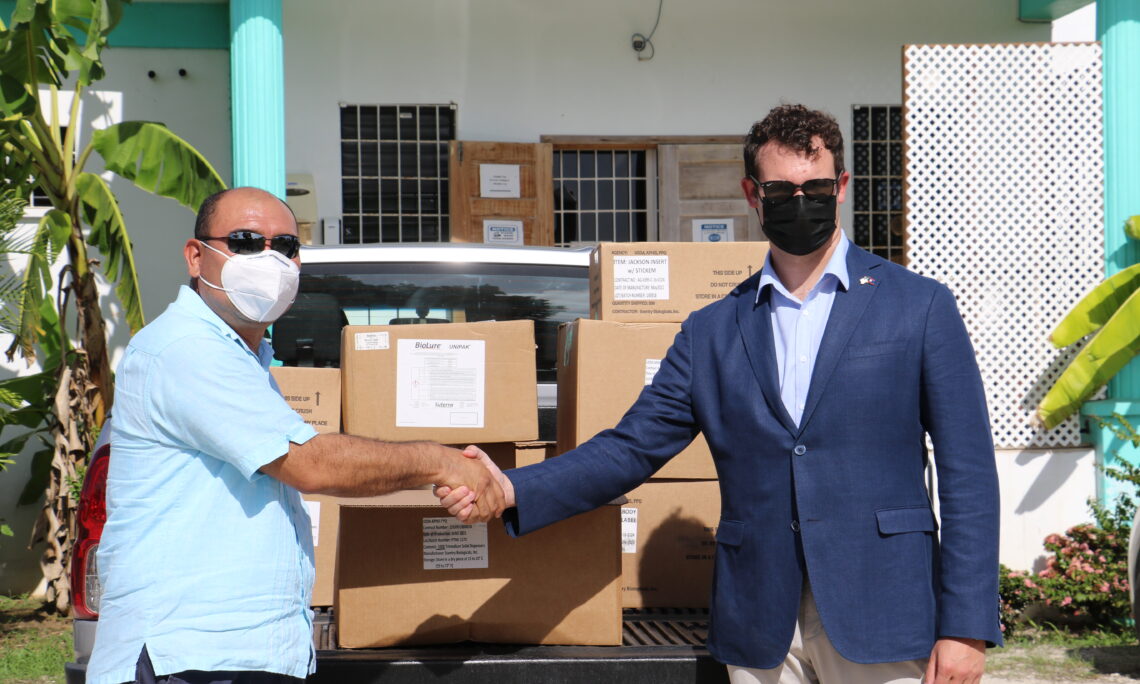 The donation, valued at over US$40,000, includes insect traps and lures planned for use in field operations and in surveillance activities in two active Medfly outbreak eradication initiatives in the Sapodilla Cayes and the Placencia Peninsula. The U.S.-supported Medfly Surveillance Program protects Belize’s agriculture industry from the Medfly, known for its damaging effects on a wide variety of fruits and vegetables. U.S. assistance will help Belize boost its agricultural exports vital for the country’s economic prosperity.

“We continue to stand with Belize and the thousands of farmers who depend on the agricultural sector as a source of income and livelihood, by acting swiftly to destroy Medfly populations as they arise in the country. The United States remains committed to supporting the Government of Belize in promoting economic prosperity,” emphasized U.S. Embassy Belmopan Environment, Science, Technology, and Health Officer Vince Lowney.

Also present to receive today’s donation from the Government of Belize were the Chief Executive Officer in the Ministry of Agriculture Servulo Baeza and the Acting Managing Director of BAHA Francisco Gutierrez.

The U.S. Government has proudly provided more than US$186,000 since January 2021 in support of the Belize Medfly Surveillance Program, a cooperative agreement signed in 1977 between the United States Department of Agriculture and the Government of Belize to work together to combat this threat to the country’s agricultural sector.