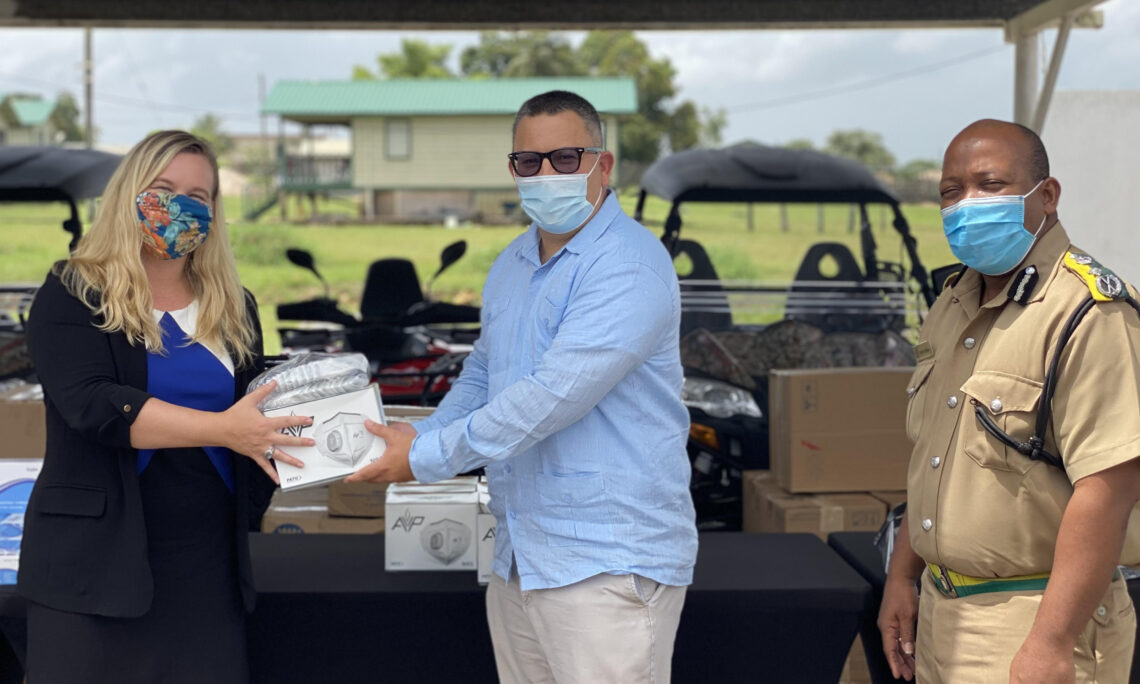 This PPE donation will help protect police officers against the COVID-19 virus as they carry out their essential duties. Three off-road capable vehicles, including two Hisun Strike 900 Utility Terrain Vehicles and one Hisun 550 Forge All-Terrain Vehicle, will be used for the Department’s rapid response efforts over rough terrain.

“We are proud to stand with Belize. These PPE donations help ensure Belize’s front-line workers, including police, stay healthy and protected as they work to keep Belizeans and visitors safe. And these all-terrain vehicle donations will make it easier for the Belize Police Department to carry out law enforcement operations to fight trans-national criminal organizations in isolated and remote locations that would otherwise be difficult to access,” emphasized Acting Deputy Chief of Mission Andie De Arment.

Commissioner of Police Williams stated in his remarks, “This much appreciated donation shows the continued support, and further strengthens the cooperation between the Government of Belize and the United States of America via U.S. Embassy Belmopan.”

Today’s donations are valued at approximately US$ 120,000. Since 2008, the United States is proud to have contributed over US$ 43.7 million in CARSI funding to Belize. The United States remains committed to working in partnership alongside Belize to fight the COVID-19 pandemic and to further strengthening our countries’ deep ties.