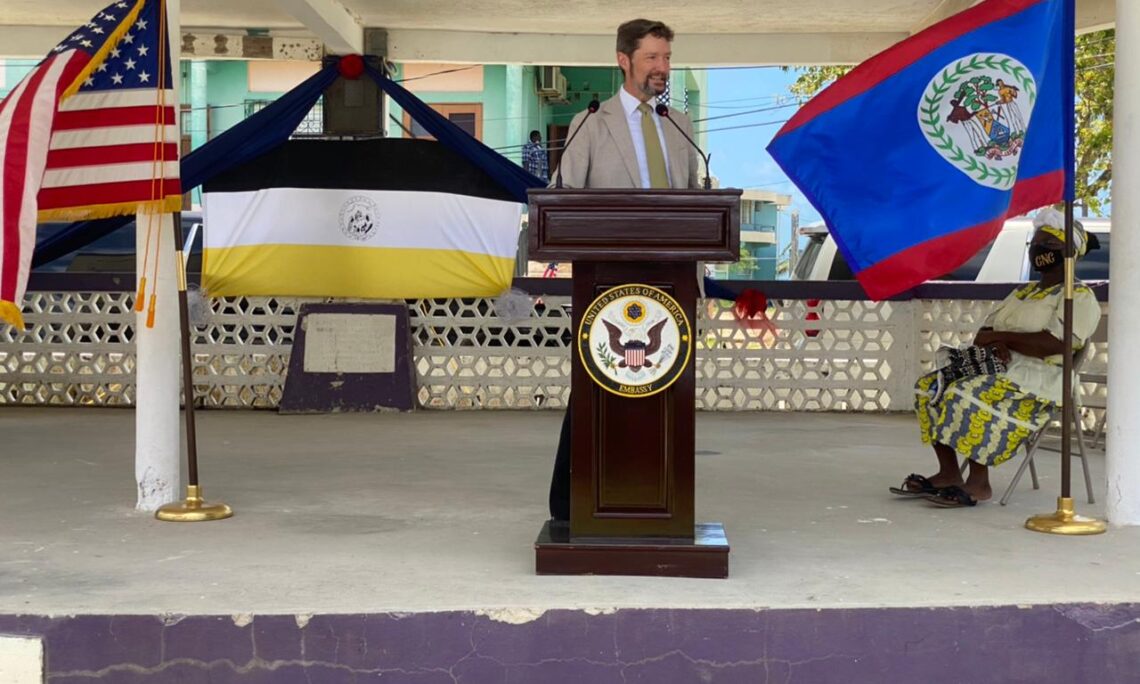 Belmopan- On April 23, U.S.  Embassy Belmopan donated 933 children’s books to various Dangriga community institutions.   The donation was made in partnership with the National Garifuna Council, who assisted in identifying local venues for the book distribution.   The books range from early-childhood to late-adolescent and include works of literature, English-learning tools,  and dictionaries.

Charged’ Affaires, a.i.  Keith Gilges delivered the keynote address and reiterated the U.S. government’s commitment to promoting childhood literacy.  Charge Gilges highlighted the importance of children having access to books,  stating that “literacy is the foundation on which other important life skills are built and …  it opens the door to more educational and employment opportunities.” He continued by saying that “education and the ability to read and write serve as a catalyst for breaking harsh social cycles, such as poverty and crime.”

Recipients of today’s donation include elementary and high schools, the Pediatric Unit at the Southern Regional Hospital,  as well as local libraries the Allan Arthur’s Library and the Ignacio Cacho Library.  The books were acquired through the Embassy’s Public Affairs Office.  In attendance at the handover ceremony were Mayor of Dangriga Town Robert Mariano,  Senator Erica Jang and Dr.  Tanya Nunez, the Stann Creek District Education Center Manager.