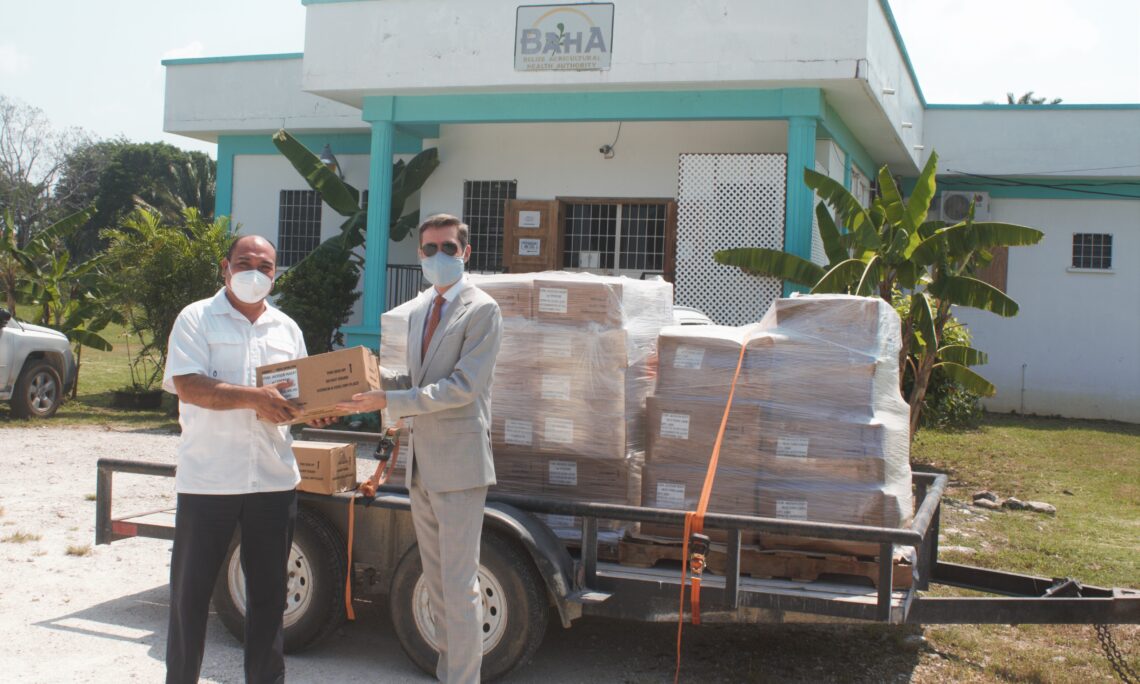 Belmopan – U.S. Embassy Belmopan Chargé d’Affaires, a.i, Keith Gilges represented the U.S. government in today’s handover of funds provided by the U.S. Department of Agriculture (USDA) to the Belize Agricultural Health Authority (BAHA). The donation of $280,000 BZD will be used to pay for equipment, supplies, and wages as part of an ongoing program to eradicate one of the world’s most destructive pests, the Mediterranean fruit fly, from Belize. Belize’s citrus industry is valued at approximately $20 million BZD in 2020. Should the medfly become established in Belize, BAHA estimates losses of approximately 15 percent, or $7 million BZD. The medfly has typically been introduced into Belize through contaminated fruits carried illegally across borders.

Chargé d’Affaires Gilges emphasized, “The medfly program is one of the oldest and longest-running cooperative United States-Belize programs and it has proven

itself highly effective. The joint USDA-BAHA program – which incorporates surveillance, interdiction, quarantine, and elimination efforts – protects the sustainability and profitability of one of Belize’s primary agricultural exports. These efforts play a critical role in defending Belize’s environment and economy.”

This program began in 1977, when the USDA and Belize’s Ministry of Agriculture signed a memorandum of understanding to implement a Mediterranean fruit fly surveillance program in Belize. The program had been active for ten years before the first fruit fly was detected in 1987 in Southern Belize. Since 1987, while the fruit fly has been introduced hundreds of times, each incursion has been met by swift and effective eradication efforts including aerial spraying, quarantine check points, and manual inspections of vulnerable areas. To date, there are no established, self-sustaining fruit fly populations in Belize.