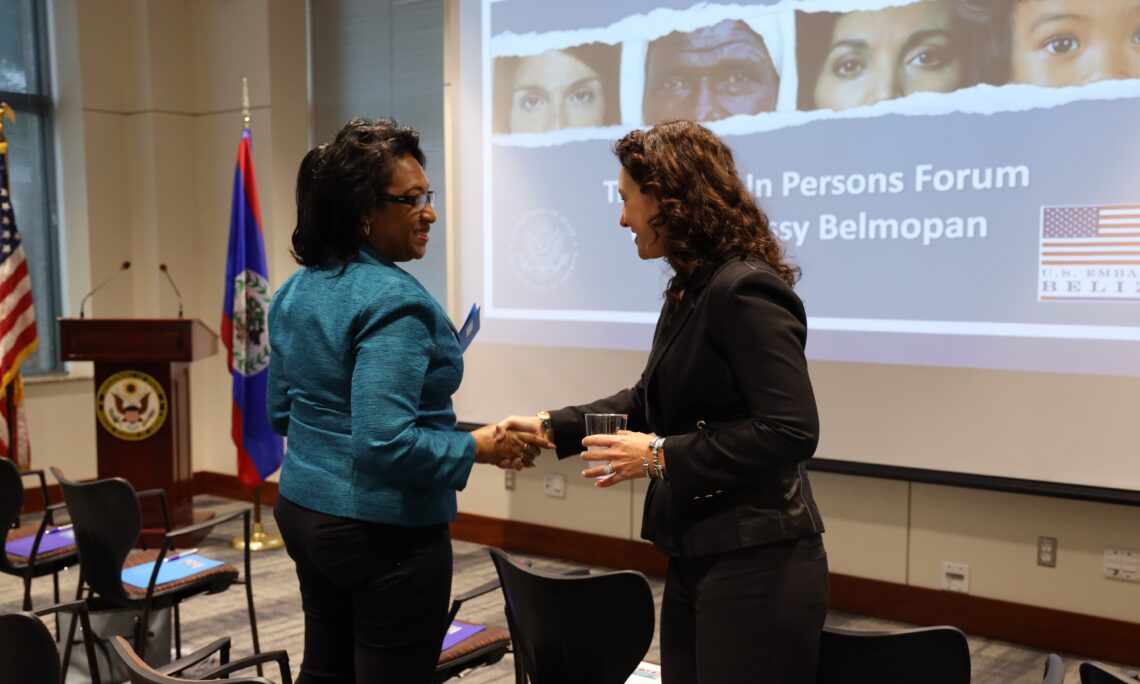 Belmopan – The U.S. Embassy today hosted Belizean anti-trafficking activists from government and civil society for a forum aimed at celebrating significant achievements in the anti-trafficking field as well as building upon the existing action roadmap. U.S. Embassy Belmopan Chargé d’Affaires, a.i. Leyla Moses-Ones and visiting representatives from the U.S. Office to Monitor and Combat Trafficking in Persons made presentations on the State Department’s 2022 Trafficking in Persons Report (TIP Report), highlighting Belize’s upgrade from the Tier 2 Watchlist to a Tier 2 ranking.

The TIP Report reflects the U.S. government’s commitment to global leadership on this key human rights and national security issue. Belize’s consistent efforts to improve its anti-trafficking response despite significant challenges posed by the COVID-19 pandemic secured its upgrade.

Today’s Forum, in partnership with the Belize Anti-Trafficking in Persons Council, served to both celebrate past successes and expand the current momentum of Belize’s anti-trafficking efforts. Stakeholders discussed country-specific TIP Report recommendations and considered strategies for a more comprehensive, multidisciplinary approach to combat human trafficking.

Since 2020, the Government of the United States has funded more than U.S. $1.6 million in grants to strengthen Belizean government and civil society coordination to counter human trafficking and to build the Government of Belize’s ability to identify, protect, and provide relief for victims of trafficking. In the past year, U.S. Embassy Belmopan organized counter-trafficking training for police officers in the Anti-Trafficking In Persons (A-TIP) Police Unit and donated a brand-new pickup truck to the A-TIP Police Unit to help investigators access remote areas of Belize where traffickers frequently operate.