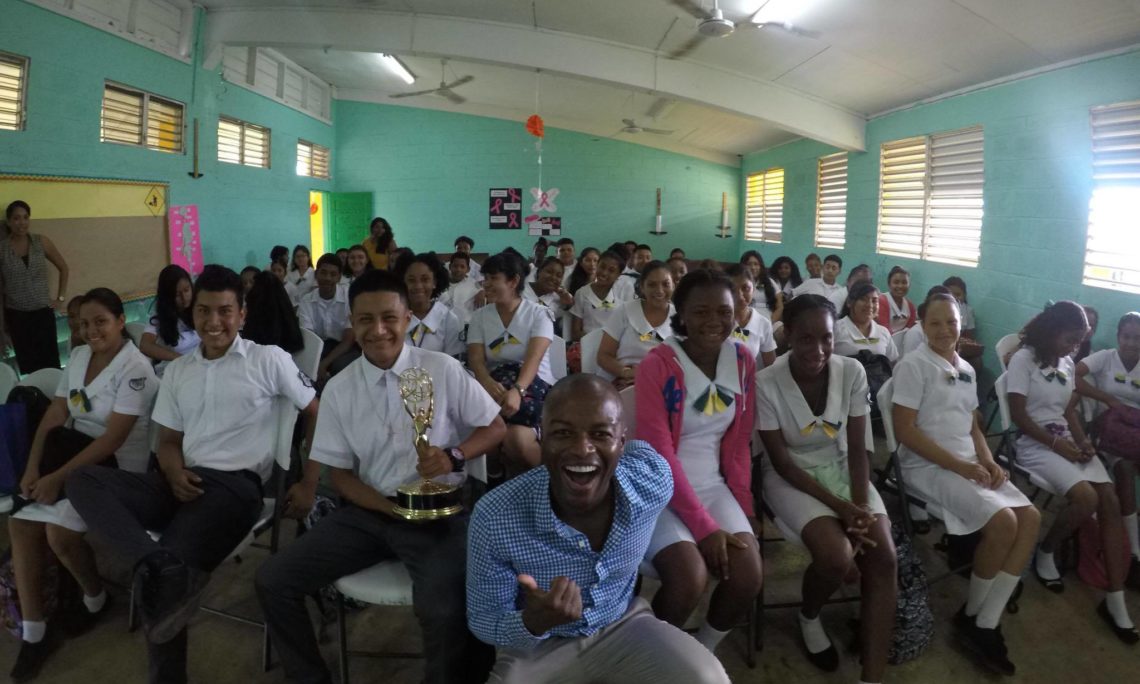 U.S. Mission Belize hosted Kendis Gibson, a Belizean-American journalist and an anchor with the ABC network in the United States from October 4-8, 2017.  He conducted a series of forums, training media professionals and inspired youths to stay in school and pursue careers in journalism, writing, reporting, or media in general. The program was a vital resource as Belizean journalists lack professional training opportunities and hands-on practical workshops. During the training in Belmopan and Belize City, Mr. Gibson discussed investigative journalism and ethical reporting especially when reporting on murders, rape and disasters. He also discussed the impact the media has on society, his role as a journalist and insisted that the youths pursue their career despite the lack of resources in Belize. He was able to make an instant and meaningful connection with Belizeans and shared the mission’s strategic goals to further citizen security, democratic development, and economic prosperity of Belize.

Kendis also participated in several live national television and radio interviews to amplify our strategic message of encouraging Belizeans to pursue their professional dreams. This program was part of Posts continuing Mission-wide outreach effort to engage with at-risk youth and provide much-needed professional and practical training to local media.