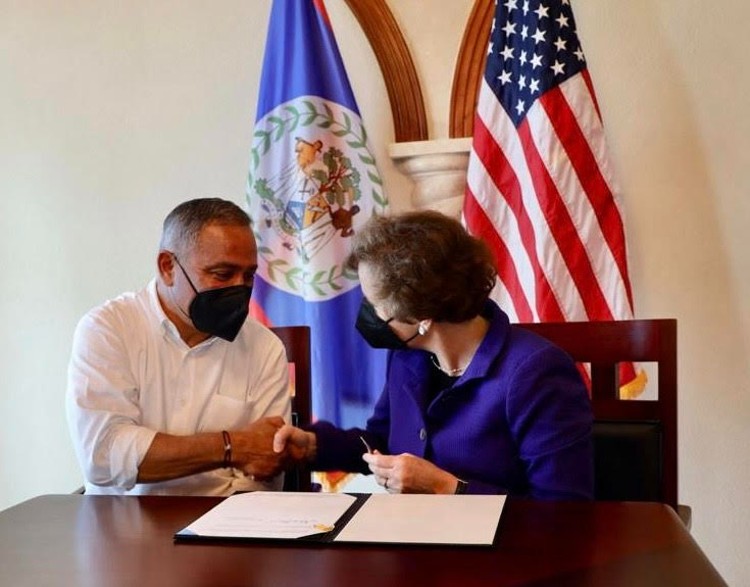 During the three-day visit, Albright was joined by MCC’s Deputy Vice President for Europe, Asia, Pacific, and Latin America Jonathan Brooks, and met with Prime Minister John Briceño as well as other senior officials from the Government of Belize, business leaders, civil society organizations, and partners in the donor community. A focal point of the discussions was MCC’s analytical and collaborative approach to fighting poverty through economic growth and next steps in the compact program development process.

“The MCC Board selection of Belize for compact program development recognizes the Belizean government’s commitment to democracy, sound economic policies, and investing in its people,” said Albright. “This visit marks the start of a new phase of the partnership between Belize and the United States, through the Millennium Challenge Corporation, that has the potential to drive growth and prosperity for the Belizean people while ensuring the poor, women, and historically marginalized groups benefit from our efforts.”

MCC’s Board of Directors selected Belize as eligible to develop an MCC compact program in December 2021. Compacts are five-year agreements between MCC and an eligible country to fund specific programs that target key constraints to economic growth.

“The United States is committed to working with our partners in the Belizean government to bring greater prosperity and support good governance for the benefit of all the citizens of this great nation. We look forward to getting started on the compact development process,” said Leyla Moses-Ones, Chargé d’Affaires, a.i. at the U.S. Embassy in Belize.

Using a country-led approach that is climate-smart and prioritizes gender and social inclusion, MCC works with local partners to tackle some of the most challenging economic constraints that developing nations face such as the high cost of electricity, access to finance, regulatory burdens to doing business, and access to education.