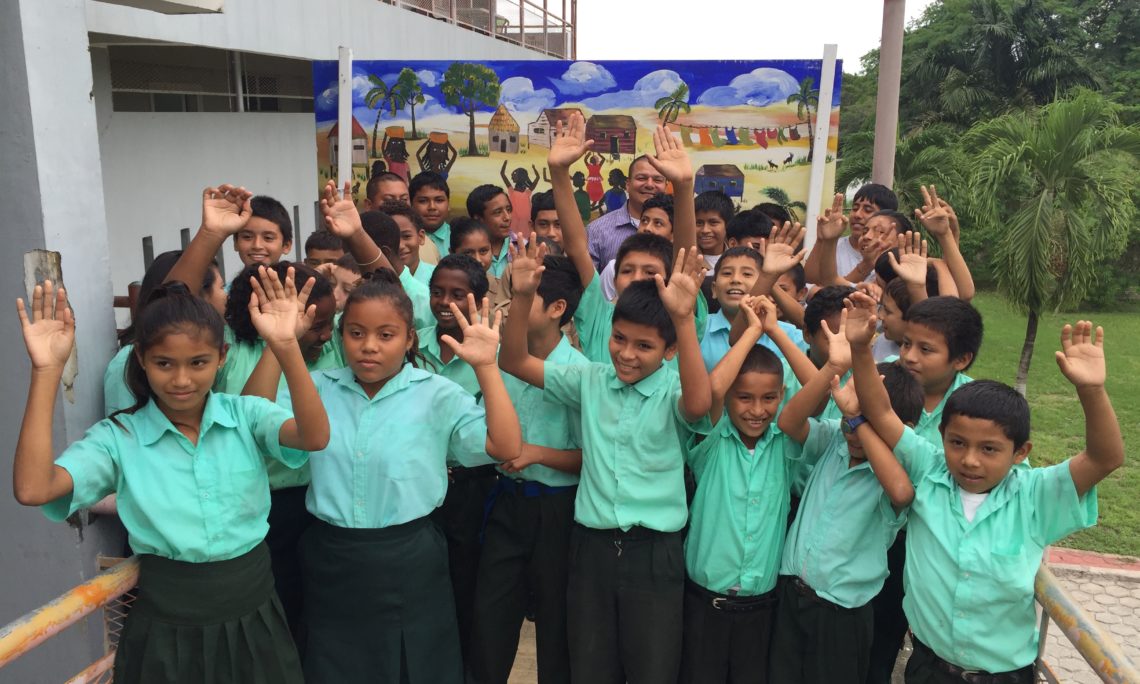 U.S. Mission Belize hosted Hector Verdugo, Associate Executive Director of Homeboy Industries in Los Angeles from October 22-27, 2017. Mr. Verdugo conducted a week-long outreach program to empower Belizean youths on gang prevention, intervention and the importance of education .  Through a series of meetings, small round tables, public forums, school presentations, and  local television appearances, he engaged the government of Belize and NGO leaders, students, and at-risk youth as well as the general public to discuss gang issues in Belize, including challenges and  opportunities for former gang member rehabilitation.

He visited four districts in Belize over five days. He used real examples and his personal experience as former gang member and now Associate Executive Director of Homboy Industries with regard to gang -related issues. He also encouraged youths to keep on a positive path to stay out of violence and gang activities, as well as to stay in school.  Hector took part in a round table discussion with the Orange Town Council and other government officials in the Orange Walk District. He appeared in two live television morning shows  broadcast throughout the country. He led three public forums in Belize City, Belmopan and Dangriga. Hector conducted four presentations to over 60 students in Orange Walk,  Seine Bight Village,  Youth Hostel and to prisoners at the Wagner Youth Facility in Belize City. He also participated in a discussion hosted by the Chargé d’Affaires with Government of Belize officials to enhance support for Belize’s youths and discourage their participation in criminal activities and gangs.  Through each event, Hector provided hope and guidance to the youths of Belize by expressing his passion to redirect the lives of  former gang members and become contributing members of the community.

The program advanced all three of our Integrated Country Strategy goals – citizen security, democratic development, and economic prosperity.  The program motivated and encouraged hundreds of youths throughout the country to keep away from criminal activities and gangs.