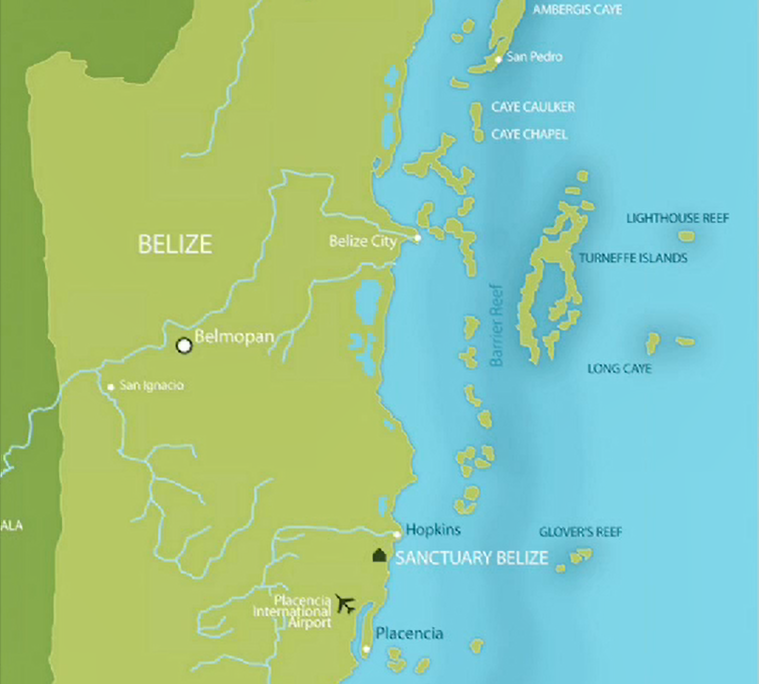 At the Federal Trade Commission’s request, a federal district court in Maryland issued an order temporarily shutting down the largest overseas real estate investment scam the FTC has ever targeted.

According to the FTC, the scam was established by Andris Pukke, a recidivist scammer currently living in California, and he perpetuated it even while serving a prison sentence for obstruction of justice.

The alleged scheme took in more than $100 million, marketing lots in what supposedly would become a luxury development in Central America known by several names, including Sanctuary Belize, Sanctuary Bay, and The Reserve. According to the FTC, the defendants duped consumers into buying Sanctuary Belize lots by falsely promising that the development would include luxury amenities and be completed soon, and that the value of the lots would rapidly appreciate.

In filing the complaint against Pukke and a range of other defendants, the FTC is seeking to permanently stop the scheme and obtain a court order requiring them to turn over hundreds of millions of dollars to compensate deceived U.S. investors.

“The defendants in this case operated a sophisticated international real estate investment scheme that cheated consumers out of millions of dollars of their hard-earned retirement savings,” said FTC Chairman Joe Simons. “The FTC is committed to stopping this outrageous behavior and compensating the hundreds of victims.”

According to the FTC, the defendants operated a set of interrelated businesses (the Sanctuary Belize Enterprise or SBE) and ran commercials on Fox News and Bloomberg News advertising parcels of land that were part of a luxury development in Belize. They also advertised the property through infomercials. Consumers who expressed interest in buying property would receive a call from California-based telemarketers who identified themselves as “property consultants” or “investment consultants.”

These telemarketers allegedly made six false claims in their pitches to sell lots in the development, including that:

The FTC alleges that SBE representatives in Belize made the same deceptive claims when they met with prospective buyers visiting the property before purchasing lots.

The FTC also contends that relying on the defendants’ deceptive claims, consumers purchased lots that typically cost between $150,000 and $500,000 outright, or made large down payments followed by sizeable monthly payments, in addition to paying monthly homeowners association (HOA) fees. However, because the defendants’ claims are not true, consumers either have lost, or will lose, some or all of their investments.

According to the FTC, a no-debt model actually increases risk for purchasers, and the defendants used consumers’ payments to fund their own high-end lifestyles instead of investing the money in the development. The FTC contends that the development and the amenities will not be completed in the promised timeline, the value of the lots has not appreciated, and there is no resale market for the lots.

Based on these claims, the FTC charges the defendants with violating the FTC Act and the Telemarketing Sales Rule. In addition, the FTC charges Belize’s Atlantic International Bank with assisting and facilitating the Sanctuary Belize scam.

In addition to the Sanctuary Belize complaint announced today, the FTC has filed three contempt motions against several of the individual defendants, including Andris Pukke, who has a long history with the Commission. In 2003, the FTC sued Pukke, AmeriDebt, and DebtWorks, alleging they deceptively sold financially strapped consumers debt management plans while pretending to be a “non-profit” credit counseling organization. Pukke and DebtWorks agreed to an order settling the FTC’s complaint in 2006.

The 2006 order barred Pukke from violating the Telemarketing Sales Rule and imposed a $172 million judgment, of which $137 million would be suspended if Pukke cooperated in efforts to recover another $35 million. The order also required Pukke to turn over certain assets, including the Sanctuary Belize parcel. In 2007, however, the court held Pukke and co-defendant Peter Baker in contempt for refusing to turn over the assets, including the land parcel in Belize.

In 2010, Pukke pleaded guilty to obstructing justice after he admitted obstructing the AmeriDebt receivership the order put in place and refusing to turn over the required assets. As a result, the court sentenced him to 18 months in prison. Between 2008 and 2014, the FTC returned nearly $7 million to consumers deceived through the AmeriDebt scheme. Pukke and Baker never relinquished control of the land parcel, however, and allegedly continued marketing it as part of the Sanctuary Belize scheme in the same way they had since 2005, even while Pukke was in jail.

To aid its lawsuit, the FTC is seeking information from consumers who have done business with the defendants or bought property in Sanctuary Belize. Over the course of the alleged scheme, the defendants have used other names in marketing the development, including Global Property Alliance, Buy Belize, Buy International, Eco Futures, Sittee River Wildlife Reserve, Sanctuary Bay, The Reserve, and The Marina at the Reserve.

The Commission has set up a website where consumers are urged to submit any information related to their dealings with the defendants, including documents, videos, photographs, audio recordings, or any other type of file related to the allegations in the complaint.

The FTC will encrypt all information it collects, and will take steps to ensure that it does not disclose consumers’ personal information. The FTC also may follow up with consumers who submit information relevant to its case.

The documents were filed in the U.S. District Court for the District of Maryland under seal, and the seal has now been lifted in part. A complete list of the 23 individual and corporate defendants named in the case can be found in the Commission’s complaint.

NOTE: The Commission files a complaint when it has “reason to believe” that the law has been or is being violated and it appears to the Commission that a proceeding is in the public interest. The case will be decided by the court.

The Federal Trade Commission works to promote competition, and protect and educate consumers. You can learn more about consumer topics and file a consumer complaint online or by calling 1-877-FTC-HELP (382-4357). Like the FTC on Facebook, follow us on Twitter, read our blogs, and subscribe to press releases for the latest FTC news and resources.