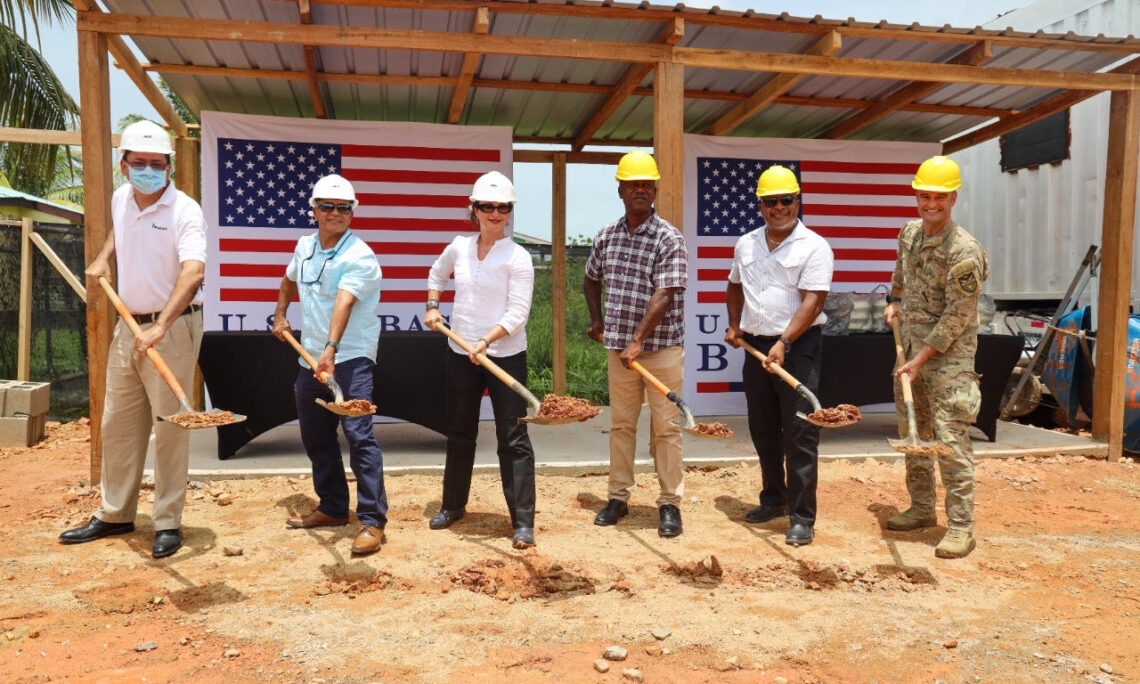 Belmopan – A ground-breaking to mark construction for the new Dangriga fire station, funded by the United States government, was held today with an official ceremony at the site location. This US$1.1 million project, made possible through the U.S. Southern Command Humanitarian Assistance Program, will serve as a centralized location for emergency service providers to dispatch support to the more than 9,000 residents of Dangriga and surrounding communities.

Chargé Moses-Ones underscored, “I am proud of our strong and longstanding partnership with the Government of Belize, as we work side-by-side to build a healthier, more secure, and more prosperous country for all citizens. The United States has long been committed to contributing to helping build resilient Belizean communities by providing tools and resources so that they can be prepared and ready to respond to crises wherein just a matter of mere minutes could make the difference between life and death.”

Minister Habet emphasized, “The U.S. commitment for the wellbeing and safety of the people and communities in Belize is one way that the United States has shown its commitment to this country. The strong collaboration and exceptional, longstanding partnership, exemplifies what countries around the world should be doing in fulfillment of SDG 17.”

“The construction of this station in Dangriga is the culmination of many months of planning and consultation,” said Fire Chief Gillett. “The strategic positioning of this station will greatly increase our response times in this area of the Town. We are grateful to the United States Government, in particular the U.S. Embassy and its U.S. Military Liaison Office, for continued cooperation in the advancement of emergency management in Belize with the National Fire Service.”

The United States has long supported Belize’s efforts to improve humanitarian assistance and disaster response readiness. Last year, the United States donated a brand-new fire station to Belmopan and, in recent years, has funded training for Belizean first responders and facilitated the donation of numerous firetrucks and ambulances to communities across Belize.