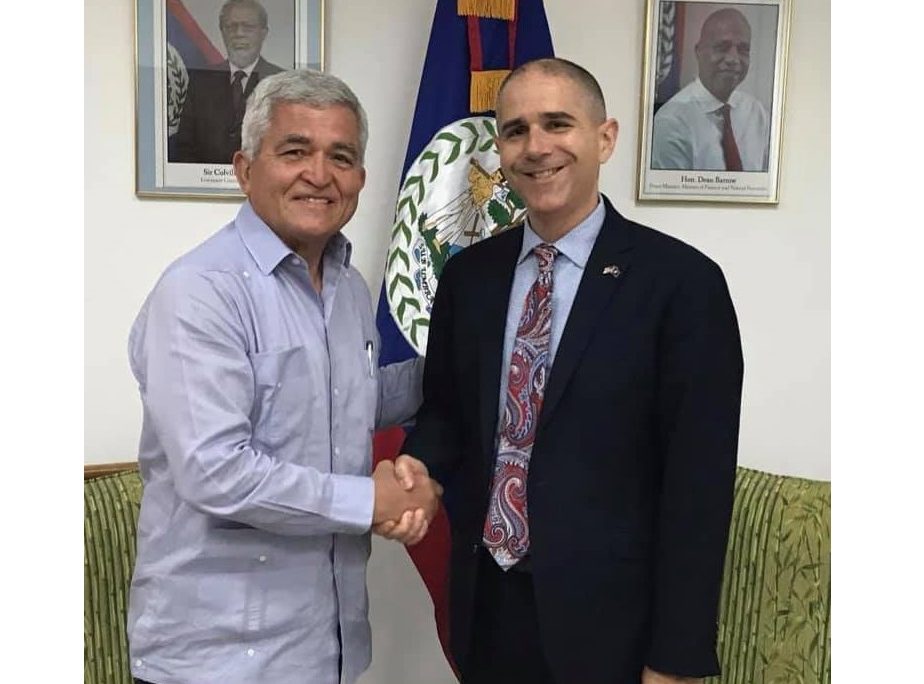 Assistant Secretary of State for Consular Affairs Carl Risch traveled to Belize to review consular operations and to meet with the Government of Belize representatives, as well as the U.S. Embassy team, on August 29-30.

The Assistant Secretary underscored the United States’ deep and sustained commitment on a variety of consular issues, including the welfare and safety of U.S. citizens overseas and efficient and equitable visa processing.  “We are constantly working to improve our screening processes and to support legitimate travel and immigration to the United States while protecting U.S. citizens,” Risch stated.

During his short, but productive trip to Belize, Assistant Secretary Risch met with CEO Andrews and other key government officials, visited the Adjacency Zone, and led a Town Hall at the U.S. Embassy.