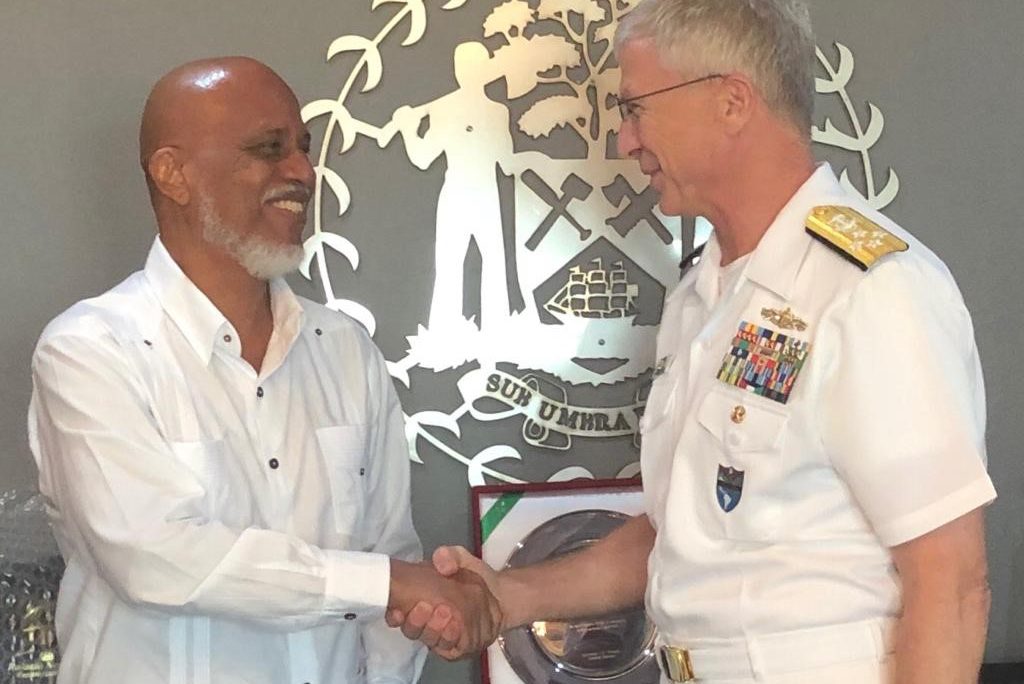 U.S. Navy Admiral Craig Faller, Commander of U.S. Southern Command (SOUTHCOM), is visiting Belize May 8-10 and meeting with civilian and military leaders in order to discuss bilateral security cooperation with Belizean counterparts in support of regional peace and Western Hemisphere stability.  Belize and the United States enjoy a close security cooperation and enduring partnership in the areas of mutual interest that include research and development, information exchanges, training and education, joint military exercises, and commercial initiatives related to defense matters.

During his visit, Admiral Faller will meet with Prime Minister, The Right Honorable Dean Barrow and other senior government officials.

The Admiral’s long-planned visit to Belize follows earlier visits by previous SOUTHCOM commanders, Admiral Kurt Tidd in 2016, and General John Kelly in 2013, and reflects the longstanding and close military ties between our two nations.

U.S. Navy Admiral Faller assumed command of SOUTHCOM on November 26, 2018, and is responsible for all Department of Defense security cooperation with 31 countries and 16 territories in Central America, South America, and the Caribbean.  In his first 90 days as SOUTHCOM commander, he visited many nations to hear partner-nation perspectives, concerns and ideas, and to express the command’s unwavering commitment to its enduring partnerships with military and public security forces in the region.